The presentation of a health pass will be mandatory to access the monument for anyone older than 12 years old and two months.

Find out more information about your visit here.

In the narrow space between the two geminated temples of Glanum, a fragment of a cornice was found that covered a white marble statue (0.81 m  high) of a young man in a toga.

The pendant, in gold (for the rich) or in leather (for the poor), filled with protective amulets to ward off evil spirits, that he wears around his neck indicates that he was a child of a Roman citizen, and that no one could attack him without risking heavy judicial sanctions. 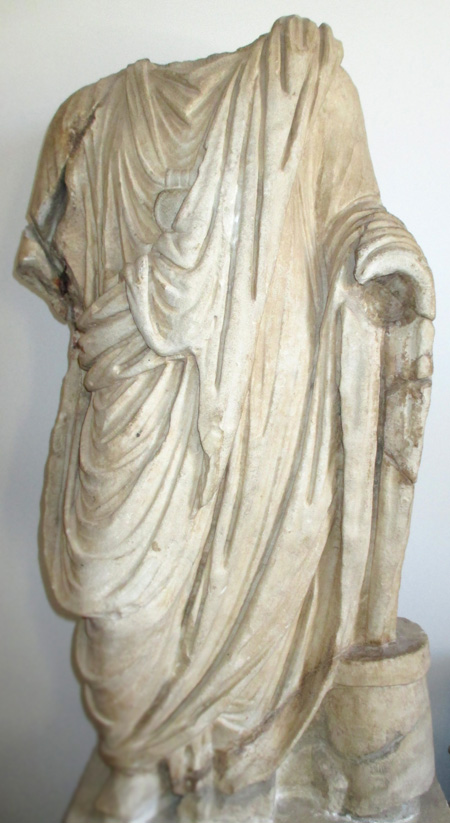 This work, from the 1st century AD, demonstrates how committed the parents were to their child, as creating such a statue for a young person could not be achieved without a substantial financial investment.

The head and hands are missing because they were added to the statue and set in the recesses. The style corresponds to the time of Augustus.

This piece is probably an official statue of a family member of the first consul of the Imperial Family.

> Learn more about the Captive Gaul and the Crouching man.